Importing data from XML involves configuring a File block to point to the XML file, then defining rules that map from the hierarchical structure of an XML document to the tabular structure (fields and records) that Omniscope expects. This is necessarily a little complex, but we're on hand to help.

The first step is to familiarise yourself with the XML structure. This is easily done by opening the XML file in Chrome. Alternatively some text editor may help, but you need to be able to reformat the document to show the hierarchy clearly.

For example we have a French XML file containing data about gas prices: 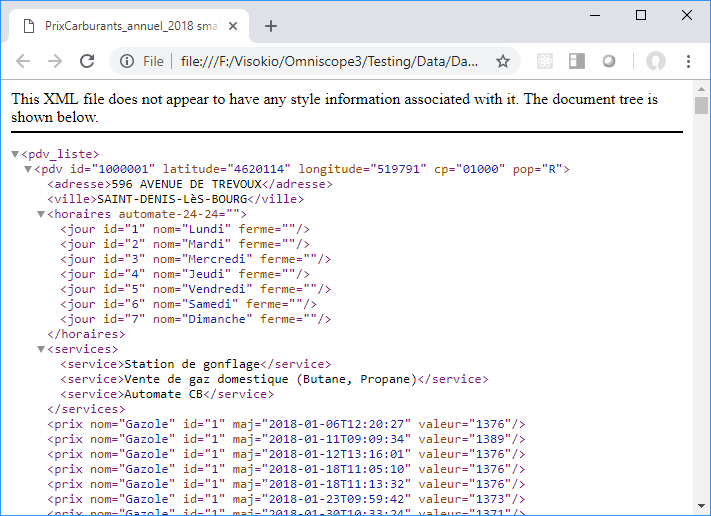 The end result we're after is as follows:

The configuration needed was: 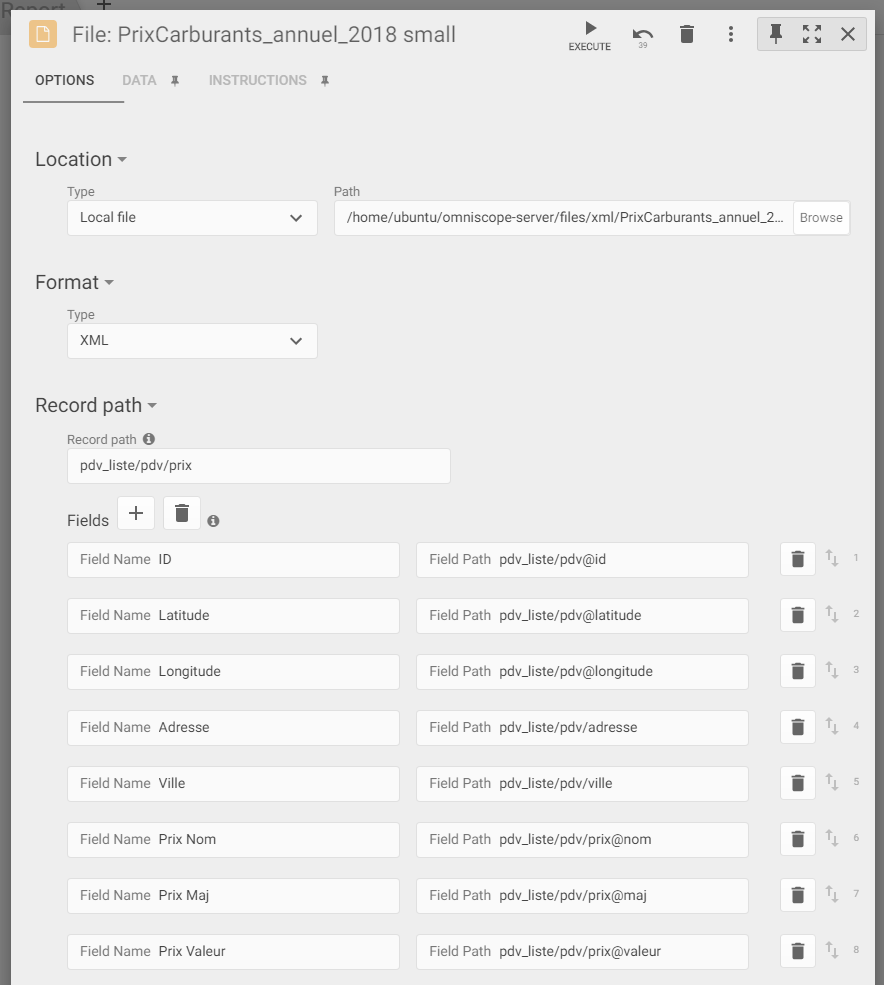 The first step is to identify the Record path. This determines which nodes in the document become a record (row) in the output data table - i.e. what is the granularity of the output with respect to the XML.

Here we've chosen pdv_liste/pdv/prix which means all prix nodes within a pdv node within the pdv_liste root node. For every prix node found in the document and in the correct position in the hierarchy, a record will be emitted.

(If instead we chose pdv_liste/pdv as the Record path, we would get a record for each pdv node in the document - in this small attached XML document there are two such nodes.)

Now we must identify what data we want to emit as fields (columns / attributes) in the table. For each record node (prix), what data values do we want?

For each field, you choose a Field Name (whatever you like, as a column name, which must be unique), and provide a Field Path, which is absolute (starts from the root of the document) and is typically similar to the record path.

There are 3 kinds of values relative to a given record node you might want to include:

This picture attempts to use colour coding to show how the XML document, block options, and table output relate. In particular see how the 3 elements of the Record path (pdv_liste, pdv, prix) coded grey, purple, red, are used in the Field Paths and correspond to the XML document: 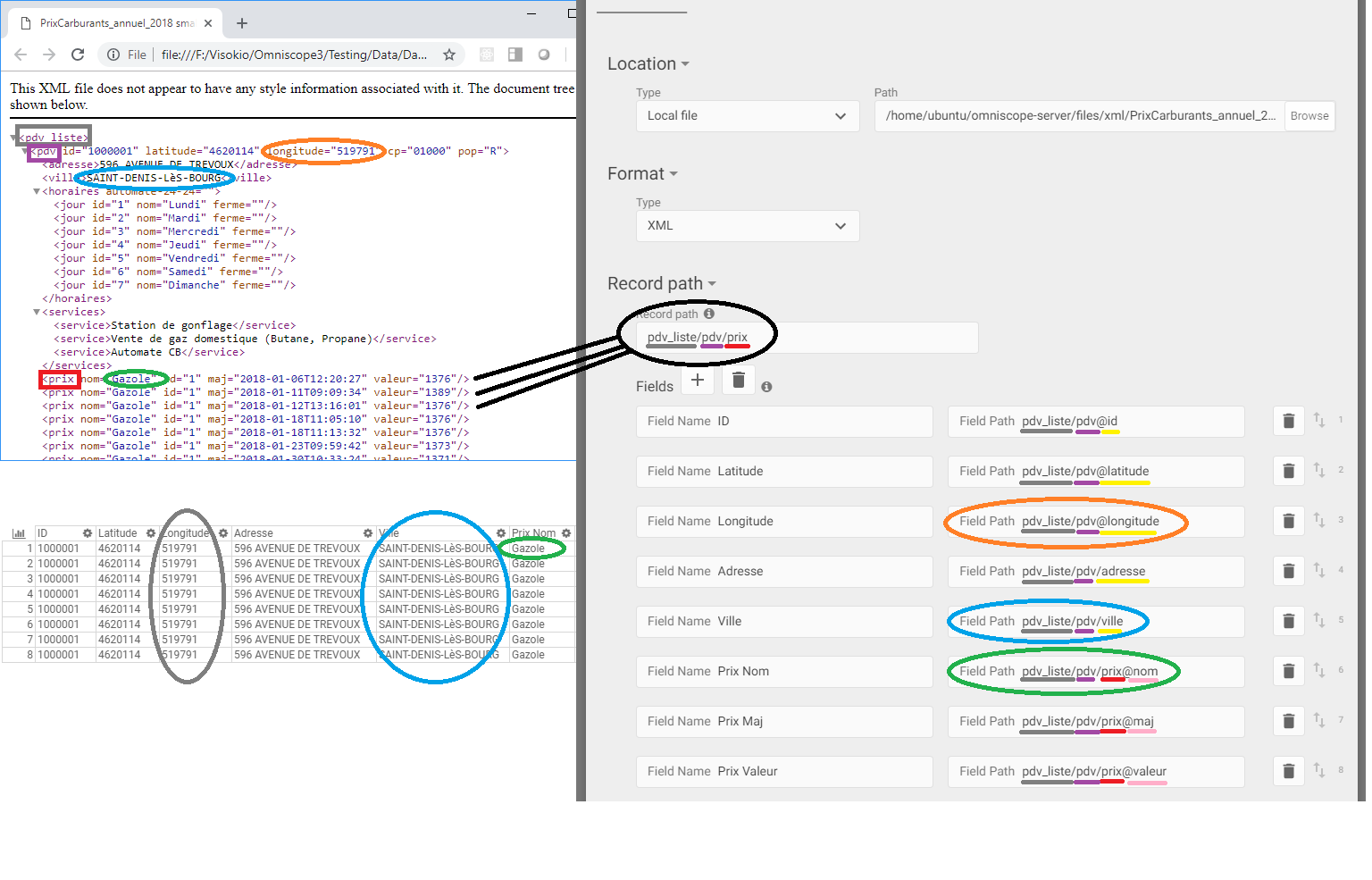 Post your problem in our Forums, attach a small representative example XML file, and include an illustration of what data you expect to get. We'll post back right away.